NFL Week 5 presents some interesting matchups to parlay over the weekend. With three double-digit point spreads, including Sunday night, there is some high reward in looking at some underdogs. There are seven games to play this weekend with spreads less than 4 points. So, two ways to go with NFL Week 5 parlay betting – big lines for the dog or tight lines for the favorites.

Trends often develop on the field from a betting standpoint rather early in the season. You can look at where teams are in the standings, combined with what happened to them in the previous week.

The Cardinals are a loss away from being in the bottom portion of the league, while a win in Cincinnati extends hopes for a 6- to 8-win season. They come off a brutal loss at home where Seattle was running out the clock in the third quarter. Getting points against the worst offensive line in the NFL is more than OK here.

The Saints offense can’t be as bad as we saw last week, and the same can be said about the Bucs offense being that good. Tampa Bay hasn’t figured anything out, not on any consistent basis, and hosting the Saints will show just that. The scoreboard didn’t reflect it but the Saints moved the ball last week against Dallas. Those opportunities become easier to convert against a worse defense in the Bucs.

Both Dallas and Green Bay are coming off losses last week, but Green Bay’s was way worse. Locked in a shootout with the Eagles, the Packers lost because of an Aaron Rodgers interception. That should motivate the quarterback and his team heading into Dallas. Rodgers getting points following a brutal home loss is a nice recipe for the NFL Week 5 betting upset.

Time to take advantage of the three biggest spreads of the weekend, with one understandable risk.

The Jets may be the risky pick on the surface, but there’s enough from the Philadelphia Eagles this season to think a Jets cover is more than realistic.

The Jets will have two opportunities against the Eagles to keep it close enough to cover through the back door. Philadelphia is the worst first quarter team in the NFL, and once they do get going, have the perfect personnel to run out the clock. The Eagles will be up 17-19 points in the fourth quarter so one big play from the Jets is enough to cover that NFL Week 5 betting spread.

The risk lies more in the Colts offense, and how close they can keep things against the Chiefs. The health of the people around Colts QB Jacoby Brissett will make the difference. The NFL has yet to catch up to Patrick Mahomes and the Colts defense won’t be the first to do it. The Chiefs defense hasn’t been great but they have a heck of a home field advantage. Kansas City will get by mainly because of Mahomes, but don’t discount running back LeSean McCoy.

The Patriots have survived some of the NFL’s worst teams and this weekend they get to face the worst starting quarterback they have seen yet. I’d take this line at -18 based on how bad Case Keenum has looked. The Patriots defense has been the real story this year, giving up just 271 yards per game, just 61 rushing ypg. Expect the Pats D to cover this spread its own. 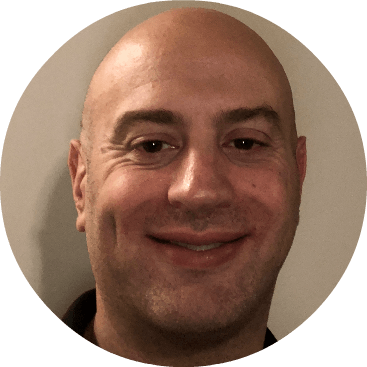