5 Best College Football Betting Lines to Back in Week 5

Hard to believe, but entering the fifth week of the regular season, college football is hurtling headlong toward its halfway mark. We’re beyond the point of figuring things out. By now, teams are who they are (thank you, Dennis Green), and the unforgiving crunch of game-to-game preparation makes wholesale turnarounds extremely difficult to engineer.

By now, identities are set – if a team is struggling on offense or defense, it’s almost certainly going to do so for the remainder of the year. Those trends are key to bettors, who operate more in reality than casual fans who often hope against hope for the best. In short: By this point, optimism is for suckers.

The Irish regained a great deal of credibility by covering a two-touchdown spread at Georgia, but let’s be clear: They received lots of help from the Bulldogs in the form of a fumbled punt early, and an ultraconservative late call to kick a field goal on fourth-and-1 rather than go for the clinching score. Of course, none of that mattered at the cash-out window.

The way quarterback Ian Book and the Irish managed Georgia’s defense should bode well going up against a Virginia unit that’s the best in the ACC (non-Clemson division). But watching the Cavaliers scuffle against Old Dominion last weekend was concerning to say the least, and a Virginia offense that’s trailed for most of its last two games will find a comeback much tougher to muster in South Bend.

While it remains to be seen how his new school president will revamp an athletic department riddled by scandal, USC coach Clay Helton can breathe a little with his team off to a 2-0 start in the Pac-12. And he’s done it with three quarterbacks, summoning third-stringer Matt Fink into action after Kedon Slovis left the victory over Utah with a concussion.

And yet, the deafening confines of Husky Stadium will prove a challenging venue for a relatively untested quarterback, and Washington coach Chris Petersen is unbeaten against the Washington State version of the Air Raid that USC now runs under offensive coordinator Graham Harrell. The Trojans have been able to get away with the attrition at quarterback to this point, but they won’t be able to keep it up forever.

Is Utah the team to beat in the Pac-12, or the team that got scorched by a third-string quarterback last weekend in Los Angeles? Is Washington State the team that put up 63 points on UCLA, or gave up 50 in the last 18 minutes? Perhaps we’ll get some clarity Saturday night in Salt Lake City. Utah may be without starting quarterback Tyler Huntley and starting tailback Zack Moss, who were both injured against the Trojans.

Of course, the Utes also lost those same two players last season, and still won the division. The backup quarterback who filled in so adeptly last season, Jason Shelley, is ready and waiting once again. And after the historic meltdown of last weekend, it’s going to be really hard to trust that Washington State defense anytime soon.

South Carolina -2.5 vs. Kentucky with FanDuel

These are desperate times for the Gamecocks, at 1-3 despite boasting the best roster of coach Will Muschamp’s tenure in Columbia. The true freshman quarterback at times plays like a true freshman, the defense has been iffy, the play-calling dubious, and the Muschamp buyout talk is echoing from Charleston to Chesnee. Now here comes Kentucky, which has beaten South Carolina five years running, an utterly galling stat in the land of mustard-based barbecue.

And yet the Wildcats, starting a banged-up backup quarterback, were handled rather easily last week at mediocre Mississippi State. Kentucky is worse than South Carolina in every major offensive statistic. Night games bring out the real frenzy in Williams-Brice Stadium, making it the ideal site for the Gamecocks to muster a last stand.

The buyout talk hasn’t begun in earnest at Virginia Tech, but it might soon if Justin Fuente’s Hokies continue to underwhelm. The past two weeks they’ve failed to cover against lesser lights Old Dominion and Furman, even being forced to rally from a 14-3 halftime deficit against their FCS opponent last Saturday.

While this is hardly one of David Cutcliffe’s best Duke teams – he did, after all, lose quarterback Daniel Jones to the first round of the NFL draft – the Blue Devils’ offensive system continues to click. This will be Duke’s stiffest test since Alabama, given how the Hokies pride themselves on Bud Foster’s defense. But the Blue Devils haven’t exactly been struggling past lower-tier opponents, either, making them an upset candidate Friday night in Blacksburg. 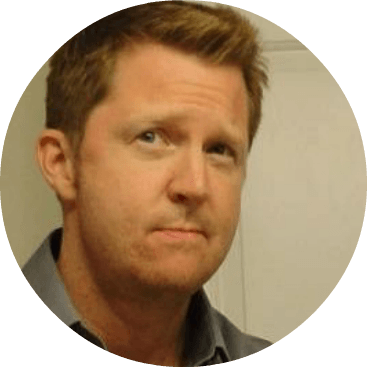