We are just a few short days away from the conclusion of the 2019-2020 NFL season as the San Francisco 49ers are set to take on the Kansas City Chiefs in Super Bowl LIV in Miami, Florida. To prepare you for Sunday’s Super Bowl 54, here is your complete betting guide as millions of bettors prepare to wager billions of dollars, including in the top sportsbooks in New Jersey and Pennsylvania.

The Kansas City Chiefs are slight moneyline favorites (-127) at Unibet, with the San Francisco 49ers coming in as the underdog (+104) as of Wednesday morning. Kansas City has won 12 of its 15 games this season when it has been the favorite, while San Francisco won four of its five games as an underdog.

But with the moneyline being as close as it is, there may not be much value in seeing how these two teams operated as favorites and as underdogs. I like the Chiefs to win this game despite the lower odds, but look for other ways to bet on the Chiefs instead of the moneyline to find more value.

From the Manning Passing Academy to #SB54!@PatrickMahomes tells Cooper Manning what he learned from his camp counselor days at Opening Night. pic.twitter.com/zztajBqOYG

The over/under for this Super Bowl game is set at 54 points at PointsBet. While that total may seem high, it's worth noting that the Patriots-Rams over/under was set at 56.5 just last year. This is still one of the highest over/unders in recent memory, but this line doesn’t eclipse Super Bowl 51 in the 2016 season (58 points) or Super Bowl 53 last year (56.5), partly because of the defenses on both sides.

The 49ers had the No. 2 total defense in the NFL in 2019, allowing 282 yards per game. While the Chiefs don’t have the same talent on their defense, they were much better in the second half of the season. Surprisingly, they finished the season allowing two fewer points than the 49ers, 308 points (19.25 per game) to 310.

While no one expects this to be a defensive battle, both sides have a ton of talent to slow the opposing offenses. However, 54 points does feel slightly too low, considering both teams averaged nearly 30 points per game during the regular season. And with both offenses hitting their stride in the playoffs, look for this game to potentially be one of the highest-scoring Super Bowls in recent memory.

One of the best parts about the Super Bowl every season is the endless prop bets available to players. These prop bets range from MVP to what color sports drink will be dumped on the winning coach. Here are some of our favorites for Super Bowl 54:

If you believe the Chiefs will win Super Bowl 54, then your best bet is to pick Patrick Mahomes to win the Most Valuable Player award at +100 on PointsBet. Not only does this provide better odds than the moneyline or the spread, but it’s essentially a lock to happen if the Chiefs win.

In the past 13 Super Bowls, nine quarterbacks have won the award. And with the Chiefs’ success almost all coming due to Mahomes, it’s tough to envision anyone else winning this award if Kansas City wins. Consider this a better bet than picking the Chiefs’ moneyline or against the spread.

Super Bowl 54 will feature two of the most creative and aggressive play-callers in Andy Reid and Kyle Shanahan. Both aren’t afraid to take chances and are willing to think outside the box to create big plays. One of my favorite novelty prop bets for this game is over 2.5 players to complete a pass at +200 on SugarHouse. The 49ers have already completed two passes this season from positional players, and Reid isn't afraid to let players such as Tyreek Hill, Travis Kelce or Mecole Hardman take snaps from the center.

Look for one of these two head coaches to throw in a trick play and have a positional player complete a pass on the NFL's biggest stage.

One of the most fun prop bets every year is betting on which player will be the first to score the game’s opening touchdown. Over the years, there have been several surprising players to do so, such as Gary Russell, Brandon LaFell and Malik Jackson. This year, one of my favorite bets is picking Travis Kelce to score the game’s opening touchdown at +700 with 888sports. Over the last two years playing with Mahomes, Kelce has scored 16 regular-season touchdowns. In this year's playoffs alone, he has reached the end zone three times.

If and when the Chiefs get into the red zone, look for Mahomes to target his favorite weapon, Kelce. And given how frequently he does that, Kelce at +700 to be the first touchdown scorer is a fantastic prop bet. 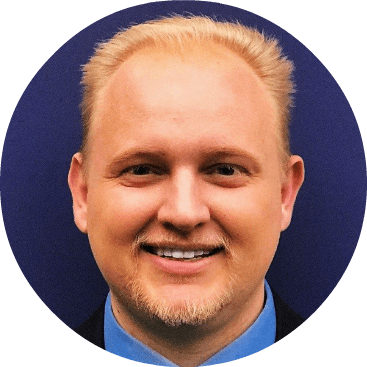