Illinois Gov. J.B. Pritzker’s signature on Friday completed one of the most significant, and unlikely, developments in contemporary U.S. sports betting.

Working past the deadline of its legislative session, the state’s Senate sent the governor several bills, one of which was Senate Bill 690. Along with major casino expansion, the bill legalizes online and in-person wagering on single sporting events for the state’s citizenry.

Gov. Pritzker helped guide the bill through the Illinois Legislature, leaving little doubt he would sign it into law.

Illinois is the fifth state in 2019 to sign a sports betting bill into law. It is the latest state to legalize sports betting since May 2018, when the U.S. Supreme Court struck down the decades-long federal ban on the industry outside of Nevada.

The new law authorizes the state’s casinos, racetracks and sporting event venues to start accepting wagers. Master licenses will cost $10 million and are good for four years. New casinos were also authorized, one of which will be in Chicago.

The bill taxes handle at a rate of 15 percent (17 percent in Chicago). The legislature is projecting the addition of sports betting will produce $240 million worth of one-time licensing fees.

The bill also continues to ban wagers on Illinois’ schools, including its colleges and universities. Those restrictions aide, the bill is full of wins for most industry stakeholders.

That includes the professional sports leagues and their Chicago-based teams. Home stadiums for MLB’s Cubs and White Sox, the NFL’s Bears as well as the shared venue for the NHL’s Blackhawks and NBA's Bulls will all be able to open sportsbooks within their facilities.

Professional sports leagues like MLB and the NBA, which have spent resources lobbying in the state, did not get their wish for Illinois to require books to pay an “integrity fee” or royalty to them. However, purveyors will have to purchase official data to take wagers placed for in-game betting or for bets not reliant upon the outcome of events, such as in-game prop bets.

While that’s a win for the leagues, the biggest losers in the bill are another interested party.

One of the most hotly debated parts of the bill did survive -- language which requires sportsbook operators who have no physical presence in the state to operate under the brands of existing casinos for the first year and a half.

Because of this stipulation, leading daily fantasy and sportsbook providers like DraftKings and FanDuel won’t be able to legally accept wagers on their existing platforms until at least January 2021. The two companies are the largest online sportsbooks by handle in New Jersey and have worked to expand their footprint in the growing number of states with legal wagering.

DraftKings and FanDuel became the subject of such a clause because they continue to offer their daily fantasy products in the state despite a December 2015 Illinois attorney general’s opinion that the games violated state law.

This move also provided a justification to give the state’s horse racing and casino industries a head start to offer bets. Officials hope these facilities can take bets as early as this fall.

Illinois residents should understand that this facet of the law doesn’t mean mobile betting will be completely unavailable until 2021. Sportsbooks that have a land-based component are eligible to get their mobile platforms up and running in the state.

While it would get the companies in the state immediately, it could have an adverse effect of helping a competitor build its brand. It’s also possible the legislature could amend the law to let FanDuel and DraftKings out of the “penalty box” early in the next legislative session.

The sports betting bill in Illinois won't be enacted without criticisms, but it still represents legal sports betting in America's sixth-most populous state and third-largest city, Chicago. It won’t be long before fans attending games at places like Solider Field and Wrigley Field can enjoy their winnings along with their Chicago dogs. 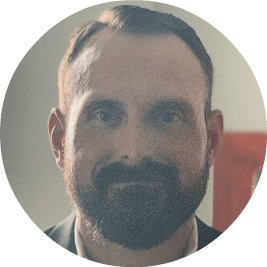