Indiana Mobile Sports Betting Not Requested by Operators Yet

The wait is almost over for Indiana sports bettors, as sports wagering is slated to finally get underway in September of this year.

According to state gaming officials, however, there has been no impetus concerning online and mobile sports betting, as no operators have inquired about it as of Monday.

The latest in a series of meetings to discuss proposed regulations by the Indiana Gaming Commission was held and adjourned last week. These meetings were the among the last remaining steps toward launch and it is now reportedly up to the casinos and operators.

Sports betting was officially signed into law in May by Gov. Eric Holcomb. The bill also paved the way for the state’s first new casinos in 10 years. A final IGC meeting is scheduled on Aug. 28 and, barring unforeseen hiccups, final approval for Indiana sports betting should be granted then.

Tait described the process as “very fluid” at this point but she did say that 13 casinos have received certificate holder applications and officials have received back all but one. She reiterated that timing will be left very much up to casinos.

That timing could be of the essence as casinos will look to get their operations up and running ahead of the start of the National Football League regular season. With the official date set tentatively on or before Sept. 1, that is a real possibility.

While most of the facilities will have the right to offer mobile betting thanks to business-to-business agreements, that has hit a snag despite the fast approach of in-person betting.

Tait said the IGC has “received no requests from operators to launch mobile” and thus she was not able to offer a timeframe for when it will become a priority.

One major facility, Ameristar Casino, will certainly be considered thanks to a major series of agreements reached by its parent company, Penn National, last week.

The agreements extended rights to operate sportsbooks at more than 40 of Penn National’s existing properties to major players including DraftKings, PointsBet, theScore and The Stars Group.

All four sportsbook operators were given the okay to launch in Indiana, where Penn National also manages the Hotel Casino Lawrenceburg.

Almost all of the casinos in the state are licensed at least temporarily to offer sports betting -- the exceptions being the Gary riverboats and Rising Star.

Indiana is home to its fair share of professional and college sports teams, and residents will be able to bet on a wide array of events including the popular NFL, most college athletics, as well as pro baseball and basketball.

The IGC released a list of 19 sporting event markets that Indiana sports bettors can wager on, but Tait clarified that operators will not be limited to them.

She said the list was “not via an (established) rule” and was “just a directive.” While stating that the IGC “hasn’t received any requests” for additional markets, it would be happy to receive them in the future. 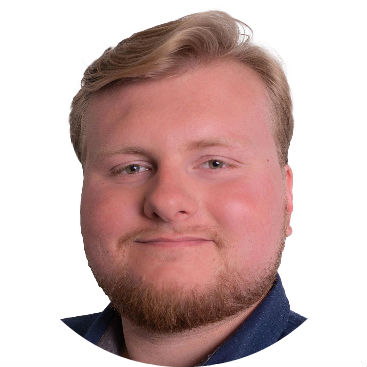