In a release on Monday morning, theScore announced that “following the successful completion of its regulatory ‘soft-launch’ period, the (DGE) has granted the Company approval to proceed with the full implementation of its mobile sports wagering applications in the State. theScore remains on schedule for its anticipated state-wide launch, as previously disclosed.”

The company, which reports 3.7 million monthly users for its content app, tested its betting app in New Jersey last week. Founder and CEO John Levy has targeted a launch in that state to capitalize on the beginning of the lucrative National Football League market and it would appear he will succeed. The regular season begins Sept. 5.

Levy’s ambitions extended beyond New Jersey well before theScore was granted licenses to operate there. A recent partnership deal with Penn National Gaming immediately gives the company market share in Iowa, which launched sports betting with statewide mobile on Aug. 15, and Indiana, which is scheduled to do the same on Sept. 1. theScore also acquired a “skin” in Mississippi, but mobile sports betting there can only be conducted on the grounds of the casino offering it.

“We have tremendous confidence in what we're about to unleash in New Jersey,” Levy told TopUSBets.com after the Penn National deal was announced.

“And even after we did the Jersey deal, we were always looking for how are we going to continue to get access. Is it going to be a one-off situation like New Jersey was or are we going to go on a state-by-state basis as we analyze which state regulations seem to fit the type of modeling that we're doing?”

Though Levy has been bullish on his prospects, bolstered by the type of larger pre-existing user base that has made daily fantasy sports purveyors FanDuel and DraftKings the most successful entities in New Jersey, theScore faces a competitive and increasingly crowded marketplace. Mammoth global operator Bet365 is preparing to launch in the state through a partnership with the Hard Rock Atlantic City.

theScore announced partnerships with Monmouth Park Racetrack and Bet.Works in December. The Monmouth Park deal, according to the official release, has a term of up to 15 years, consisting of an initial term of five years, which is extendable for two successive five-year terms at the option of theScore. 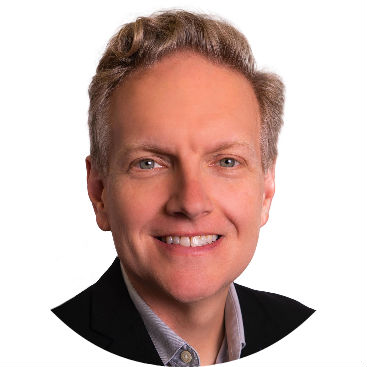 Brant James has covered racing – cars and horses - the National Hockey League, Major League Baseball in a career with SI.com, ESPN.com, USA TODAY and the Tampa Bay Times. He covers the gambling industry and more for TopUSBets.

Brant James has covered racing – cars and horses - the National Hockey League, Major League Baseball in a career with SI.com, ESPN.com, USA TODAY and the Tampa Bay Times. He covers the gambling industry and more for...