What seemed like a sure bet for legal sports betting now appears to face significant hurdles before it can, or will, pass into law.

Maine Gov. Janet Mills didn’t sign the state’s sports betting bill Tuesday, meaning it didn’t come into law despite bipartisan support from lawmakers. Mills, the state’s former attorney general, was reportedly uncomfortable with the bill’s widespread accessibility for third-party vendors to enter the market, some of whom she feared would operate improperly.

Maine’s bill would have created the first gaming market where third-party vendors could operate legally without affiliating, or “tethering,” to an existing legal gaming facility. This reportedly spooked Mills, and led her not to sign the bill.

This unusual quark throws a wrench it what seemed a major new development for New England gaming. The bill still has a path to legalization, but it is not easy – and far from a certainty.

Another uncommon clause in Maine law spells the best hope for legal sports betting this year.

If a special session is called, the pocket veto no longer stands. The governor would then have to file a traditional veto, which is then subject to an override from the lawmakers in the chamber that first introduced the bill (in this case, the Senate).

The good news for the bill’s hope is a special session will reportedly be called. The bad news is it gets more complicated from there.

The special session must last at least three days. If it doesn’t, the pocket veto still stands. Special sessions usually are called around one specific topic, so the current reports of a session to debate a state bond issue would need to last the better part of a week to force Mills’ hand.

Even then, the bill isn’t a certainty. Should she file a traditional veto, the Senate would be able to repeal the governor’s rejection and push the bill into law. But the 35-person senate only initially approved the bill with 19 votes. A veto override requires two thirds of the chamber, meaning in this scenario 24 total senators would need to support sports betting.

This could prove daunting. Like Mills, senators were divided over which entities would be able to offer games. Not surprisingly, the established brick-and-mortar facilities wanted exclusive access to the land-based and online markets, while online-based companies (like daily fantasy sites DraftKings and FanDuel) also wanted access.

Lawmakers ultimately reached a compromise measure, but it still split the upper chamber. Backers of the current bill would need to clear an even higher threshold this time around.

Should the session not last the required amount or should senators fail to reach the mandated veto override threshold, the bill would almost assuredly be dead for 2019 and would then need to be reintroduced from the beginning when lawmakers return to the statehouse in 2020.

Maine’s delays are no problems for the rest of its regional neighbors, several of which are set to capitalize on sports betting markets of their own.

New Hampshire is poised to become the latest New England state to accept bets. Though Gov. Chris Sununu hasn’t yet signed his state’s bill, he has publicly backed the measure and already incorporated sports gambling revenues into the upcoming budget. This all but assures his signature is just a matter of timing.

The Granite State will likely join Rhode Island, which takes in-person bets now at its two casinos and will soon have online offerings via mobile devices for eligible state residents and guests physically located within state lines. Meanwhile Massachusetts is debating multiple sports betting bills during its current session, and elected officials in Connecticut have also considered moves to do the same.

New England’s sports betting growth mirrors similar actions in the Midwest and Mid-Atlantic. Nine states take bets now, and Iowa, Indiana and New York are all set to do so before the end of this year.

In total, up to 20 states could take legal wagers before the beginning of 2020, but for now it appears Maine won’t be among them. 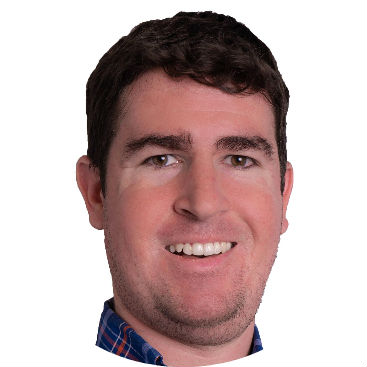 Ryan Butler has spent more than 10 years covering sports, governments and the intersection between the two and has led multiple online and print publications as a writer and editor. Along with amateur and professional sports, Ryan has covered local, state and national governments, including a... Read More

Ryan Butler has spent more than 10 years covering sports, governments and the intersection between the two and has led multiple online and print publications as a writer and editor. Along with amateur and professional...